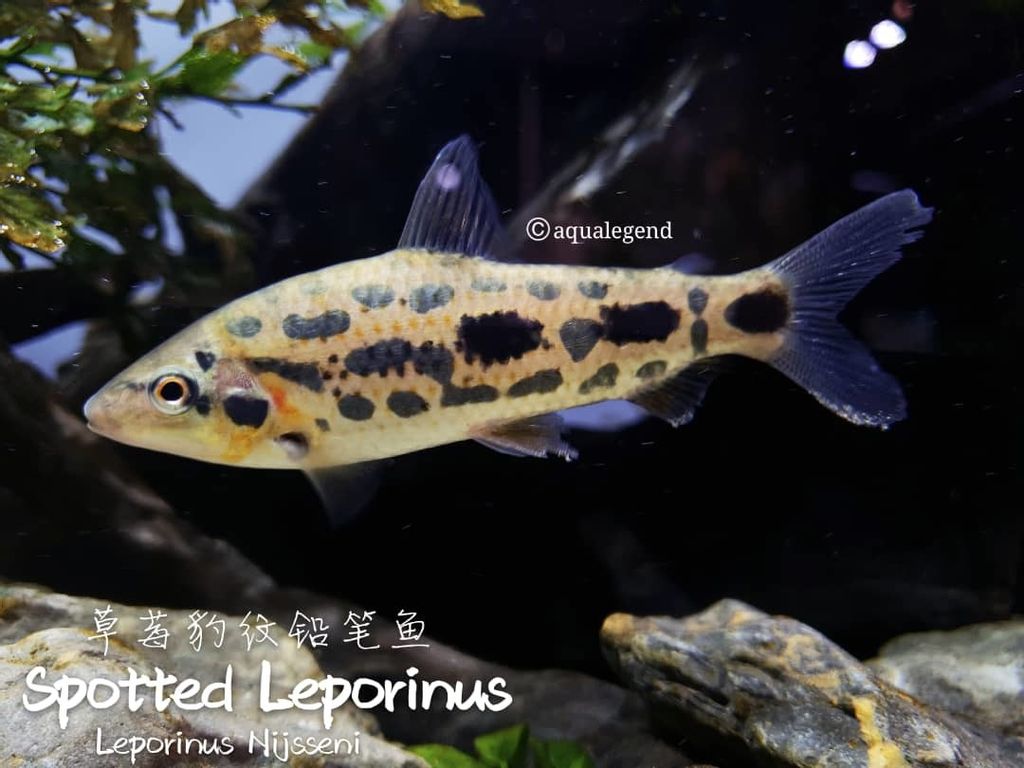 The Spotted Leporinus is an uncommon species that is beautifully marked and much smaller than some of its more common relatives!

The Spotted Leporinus (Leporinus nijsseni) is an interesting and uncommon characin from the headstander family. It is native to Suriname and French Guiana in South America. This beautifully marked species grows to a much smaller size than its more common relative, the Banded Leporinus (Leporinus fasciatus). It is a generally peaceful species and a wonderful addition to the medium to large aquarium.

The Spotted Leporinus is generally peaceful with other fish of similar size. It is somewhat social as a juvenile, but adults need plenty of space to cohabitate in the aquarium. This species will likely prey on very small invertebrates, so it should not be kept with small shrimp, crabs, or crayfish. It is a hardy species as long as it has plenty of space in a well-maintained aquarium. Like all headstanders, the Spotted Leporinus is a skilled jumper, so a secure lid is necessary for its aquarium.

The Spotted Leporinus is an omnivore. It will feed on algae in the aquarium, but it might also eat some ornamental plants. It requires some meaty foods, but should not be fed a diet that is particularly high in animal protein.

What's Special About This Fish: