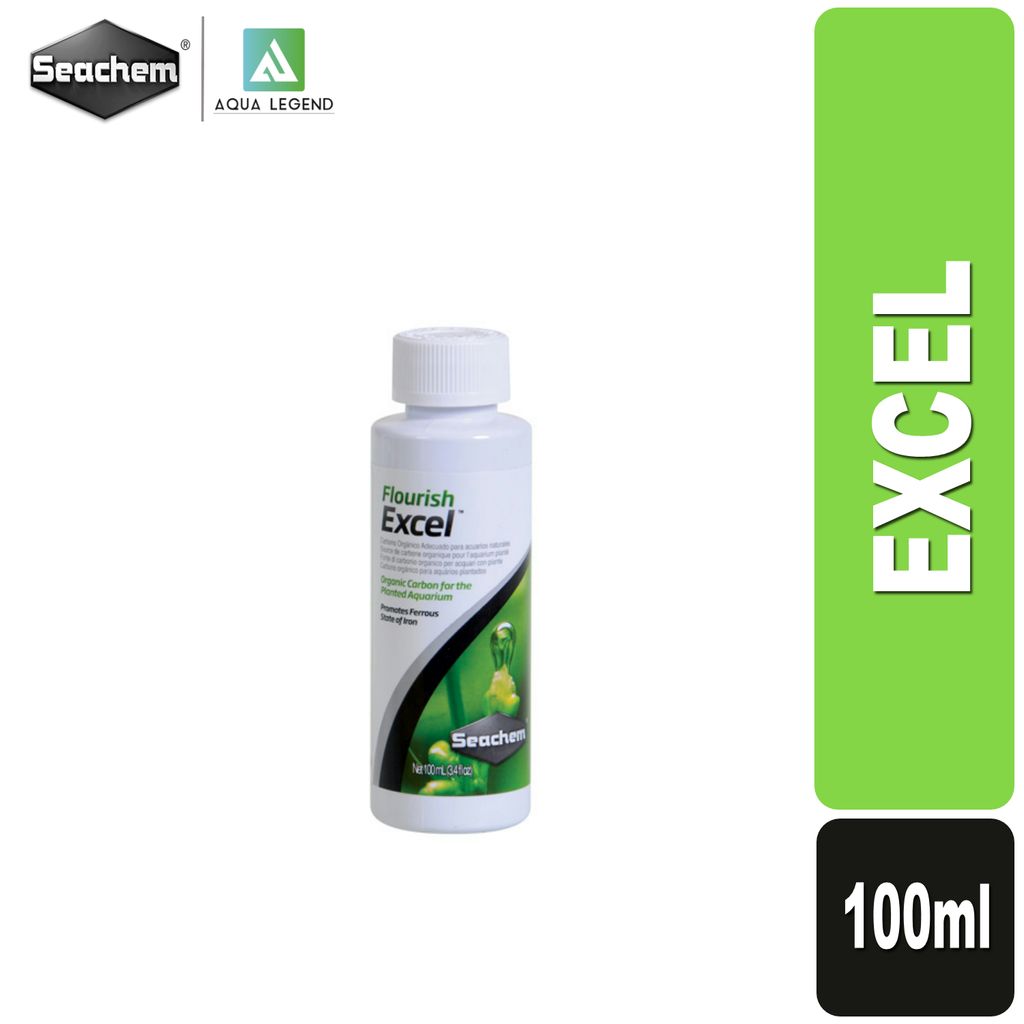 Flourish Excel™ is a source of bioavailable organic  carbon. All plants require a source of carbon. This is typically  obtained from CO2, but, may also be derived from simple organic compounds (such as photosynthetic intermediates). The use of either CO2 injection or Flourish Excel™ does not necessarily negate the use of the  other. Because the processes of producing photosynthetic intermediates  and building onto them occur simultaneously, one can derive a  substantial benefit with the use of Flourish Excel™ either alone or in  conjunction with CO2 . The combination is particularly ideal for situations when continuing to add CO2 could result in dangerously low pH levels. Flourish Excel™ also has  iron reducing properties which promote the ferrous state of iron (Fe+2), which is more easily utilized by plants than ferric iron (Fe+3).

The reason plants need CO2 is to produce  longer chain carbon compounds also known as photosynthetic  intermediates. Photosynthetic intermediates includes compounds such as  ribulose 1,5-bisphosphate, and 2-carboxy-3-keto-D-arabinitol 1,5  bisphosphate. Although the names are complicated, the structures are  quite simple (5 carbon chains). Flourish Excel™ does not contain these  specific compounds per se, but one that is quite similar. By dosing with  Flourish Excel™ you bypass the involvement of CO2 and  introduce the already finished, structurally similar compounds. It is in  its structural similarity that Flourish Excel™ is able to be utilized  in the carbon chain building process of photosynthesis. Simple chemical  or enzymatic steps can easily convert it to any one to any one of the  above named compounds (or a variety of others).