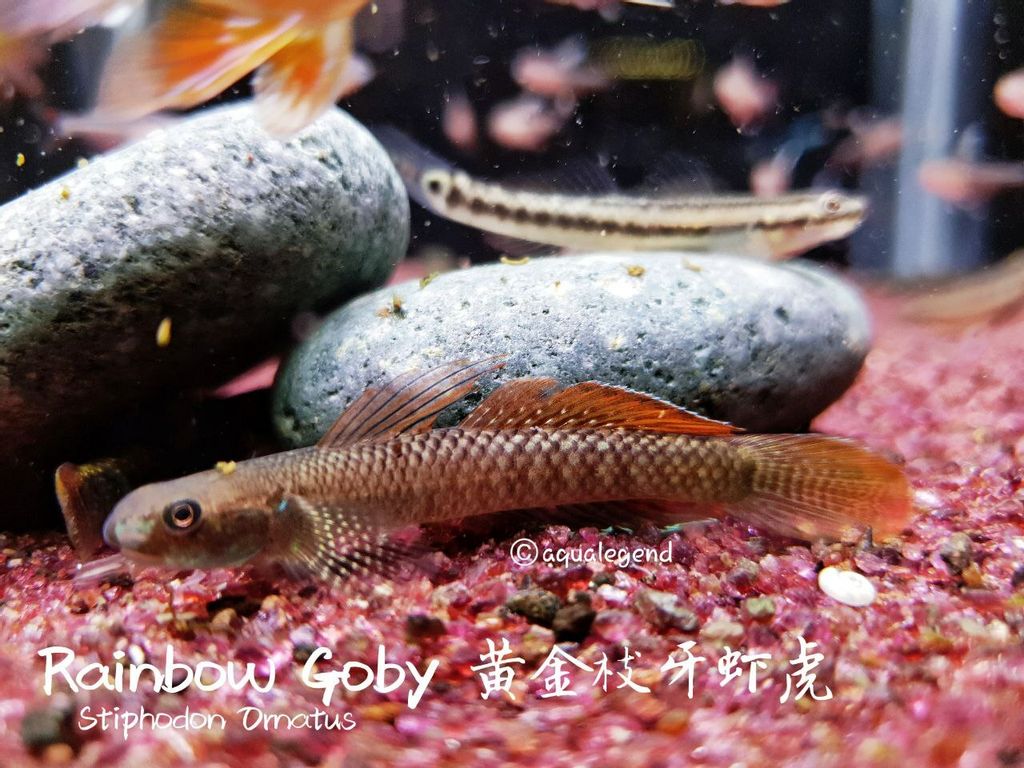 The Rainbow Stiphodon Goby (Stiphodon ornatus) is a rare freshwater goby that is native to West Sumatra, Indonesia. It is known for the multi-colored spotting male (and some female) specimens display.  Females are not as colorful, but are still very attractively marked. This fascinating, peaceful fish is primarily a biofilm grazer that rarely exceeds 2 inches in length.

The Rainbow Stiphodon Goby feeds mostly on biofilm, but also sparingly supplements its diets with small, meaty foods. In the aquarium, it is known to readily accept frozen meaty foods such as bloodworms and Artemia, but such foods should not be fed more than occasionally. Consistent, plentiful biofilm is absolutely essential for the longterm health of the Rainbow Stiphodon Goby.  This fish will also sometimes accept high-quality dry foods, but it will not thrive long-term on such a diet. As long as it is kept in a well-maintained, mature aquarium, the Rainbow Goby is a hardy and entertaining fish. It will not bother aquarium plants. In fact, Anubias species are an excellent plant to keep with this goby.