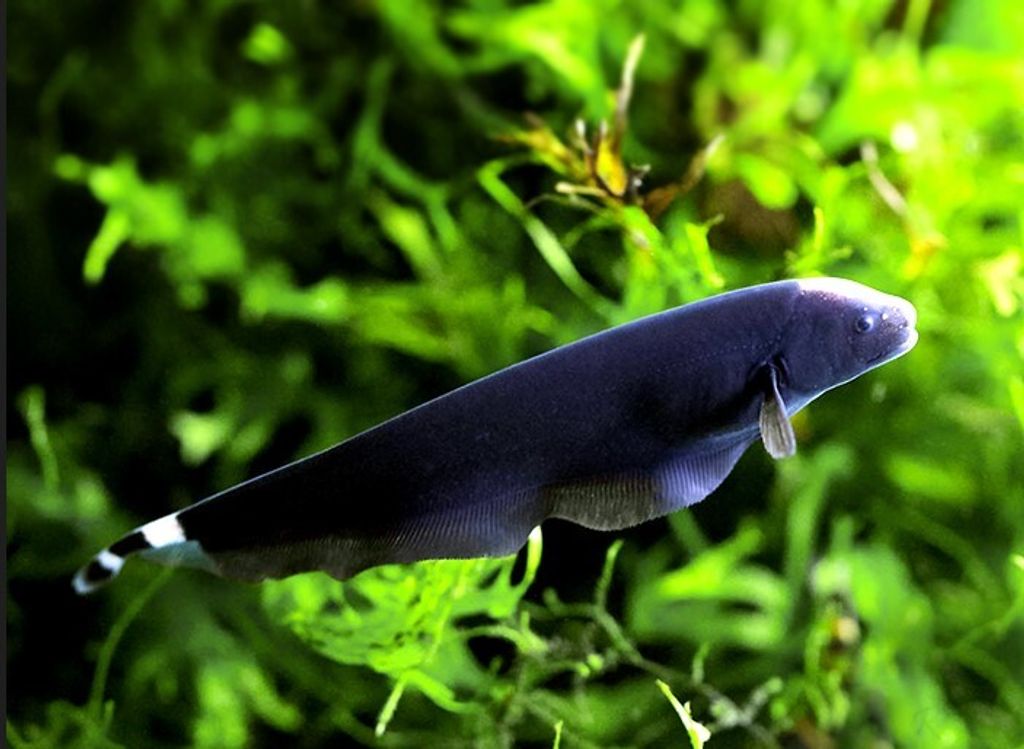 The Black Ghost Knifefish (Apteronotus albifrons) is a very unique and remarkable fish that is native to many waterways in South America. It is named for its knife-shaped body, black coloration, and supposed spiritual qualities that it posesses, according to the folklore of some indigenous tribespeople of the Amazon. This fish swims by use of undulating movement of its very long anal fin and is able to swim in reverse as easily as swimming forward. It is a nocturnal predator and perceives its surroundings and prey by producing an extremely weak electrical pulse, which cannot be felt by other animals that do not produce this pulse.

The Black Ghost Knifefish requires an aquarium with plenty of cover such as plants, driftwood, rock formations, or various forms of plastic or glass tubing. A sandy substrate and floating plants are also optimal. It is a relatively peaceful species with other fish and invertebrates too large to be considered prey, but it is typically very intolerant of its own kind and other electricity-producing fish in the confines of an aquarium. This becomes very prevalent as the Black Ghost Knifefish grows past juvenile size and age. At a maximum size of 18-20 inches, it requires a large aquarium, though length and width are much more important than height regarding aquarium dimensions. Powerful filtration and regular aquarium maintenance are also necessary for this predatory fish.